The Moment is Now

Since 1979 our mission has been to serve as a catalyst for positive change in the lives of the people in our community. In over 40 years of service, our goals and reach have expanded beyond measure. When we started out, we were a small team working out of a tiny apartment, armed with nothing but a fierce passion for protecting, strengthening, and organizing a community of recent immigrants. Today, we’ve expanded our reach to include more of our city’s most vulnerable and resilient populations, and we remain committed to our aim of being a catalyst for positive change in the lives of the over 14,000 individuals we serve annually. We do this through a range of services, from providing support to domestic violence survivors, representing families facing eviction, and giving young adults the tools they need to jumpstart their careers. None of this would have been possible without the help of our amazing sponsors and friends.

Join us in honoring our community on Thursday, April 29 at 6:00 PM. 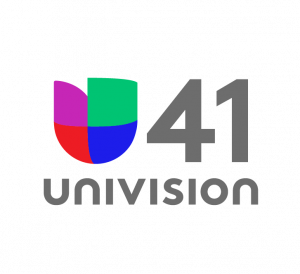 Damaris has received national exposure on television since 2013 when she began her on-air career as the New York correspondent for Univision network’s “Republica Deportiva”, a national weekly program that profiled famous sports figures. In 2010, she began corresponding for “Despierta America”, Univision’s national morning show, developing interesting stories from the NY tri-state area and traveling the world covering movie premieres and interviewing Hollywood actors on the set of their films. She continues to thrive on “Despierta America”, moving into the News platform. Her work ethic and dedication have also landed her roles as an on-air personality on X96.3FM,  co-host of “Viernes y Mas” on UniMas, and “Made In Hollywood”, which marked her cross-over into the general English language market as a correspondent.

Damaris continues to make great strides in her career, receiving three Emmy nominations and special recognitions. Damaris is currently the host of Amigos de Univision which airs Saturdays at 12:30pm, a show dedicated to small business owners in the Tri-State.

Steven J. Corwin, M.D., is President and Chief Executive Officer of NewYork-Presbyterian, one of the nation’s most comprehensive healthcare systems. Under his leadership, NewYork-Presbyterian has nearly doubled in size, with more than 47,000 employees and affiliated physicians, providing world-class care at 10 hospitals and 200 primary and specialty care clinics and practices. NewYork-Presbyterian Hospital, the only academic medical center in the country affiliated with two medical schools, Columbia University Vagelos College of Physicians and Surgeons and Weill Cornell Medicine, is ranked No. 4 in the nation and has been the top-ranked hospital in New York for 20 consecutive years, according to U.S. News and World Report. Dr. Corwin is receiving the Igniting Change Award.

The 894 Riverside Drive Tenant Association, are a reflection of how the power of community can be a catalyst for positive changes. They are tireless advocates for our neighbors and our community-at-large who despite their hardships and loses during this pandemic, continue to advocate for positive changes. The pandemic has taken many of lives, including their beloved member Trinidad Hidalgo, also known as Doña Trina, who fought alongside her neighbors to stop the conversion of their building into a cooperative that would've displaced many families. In her honor, and the entire Tenant Association, we give the Igniting Hope Award. 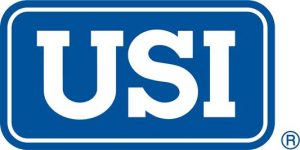 We can't wait to see you!

After a year of uncertainty and separation, we can’t think of a better way to celebrate our community’s resilience than by coming together. And you’re invited! We’re counting down the days, don’t miss it! Get your tickets and become a sponsor today!

Become a sponsor
Get your ticket
Scroll to Top